Now more than ever current events and an evolving threat matrix make it critical to maintain a technological advantage in stadiums and other large venues. AMERICAN INTERNATIONAL SECURITY has licensed “next generation technology”, that makes it possible, to virtually map, in three dimensions, an entire stadium, arena, power plant, or school system, down to the smallest detail, including which way doors open and even what kind of locks each door uses. We can then populate this space and simulate large scale evacuations, power outages, crowd control scenarios, and asymmetrical threats. For the first time, this enables large facilities to conduct realistic training exercises in a virtual space. Organizations can customize and model real-world scenarios and allow their employees to login individually, or in groups and be fully immersed in a virtual reality that looks and feels like a first person shooter video game. 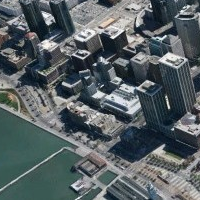 The applied science utilizes the same concept that makes the United States Military the most well trained fighting force in the world. With the cost of field training increasing and concurrent budgetary constraints, military services increasingly look to virtual reality simulators to keep their armed forces at a high state of readiness. It is not uncommon to see troops stationed in the continental United States playing sophisticated war games with allied military partners on several continents without ever leaving their bases. We’ve harnessed the same concept and adapted it for civilian security purposes.

AMERICAN INTERNATIONAL SECURITY supports this platform with a wide array of training modules that affords our clients the flexibility of having their employees train on an ongoing basis, in an ever-evolving virtual space that can be updated with emerging technologies and informed by world events.

Concurrently, AMERICAN INTERNATIONAL SECURITY is working with several municipalities in creating the first “smart city”. We are in the early stages of modeling an entire metropolitan area in three dimensions, including sports and entertainment venues, power plants, industrial facilities, school systems and high value and historic structures. The roll out is designed in such a way that it successfully marries the public and private sector to an unprecedented degree by giving “first responders” the access, information sharing and ability to train and role play realistic scenarios in private venues and edifices. This gives local governments and emergency responders a wealth of training and information that can shave precious minutes off response times and potentially save lives. In the near future, we envision our platform, setting a new standard in cooperation, training and preparedness between private venues and “first responders” throughout the nation.

And, we’ve been able to successfully integrate our 3D platform with our existing security products and services. For example, we can remotely tag “first responders” with “RFID” chips that, in the event of a crisis, can be activated and used to locate personnel in real world spaces while monitoring their avatar(s) simultaneously in our virtual environment.

What is also very exciting is our ability to construct a unified security package that consists of all of the above elements, working seamlessly to protect your venue. We can use your existing infrastructure and equipment or build out one from scratch, custom tailored to your needs. 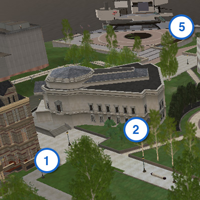 AMERICAN INTERNATIONAL SECURITY will carefully tailor your security and protection plan to suit the needs of your firm both domestically and internationally.

If you require more information about our Three Dimensional Modeling services, contact us so we can analyze and customize your needs.